How do you measure Value in Scrum? Part 1 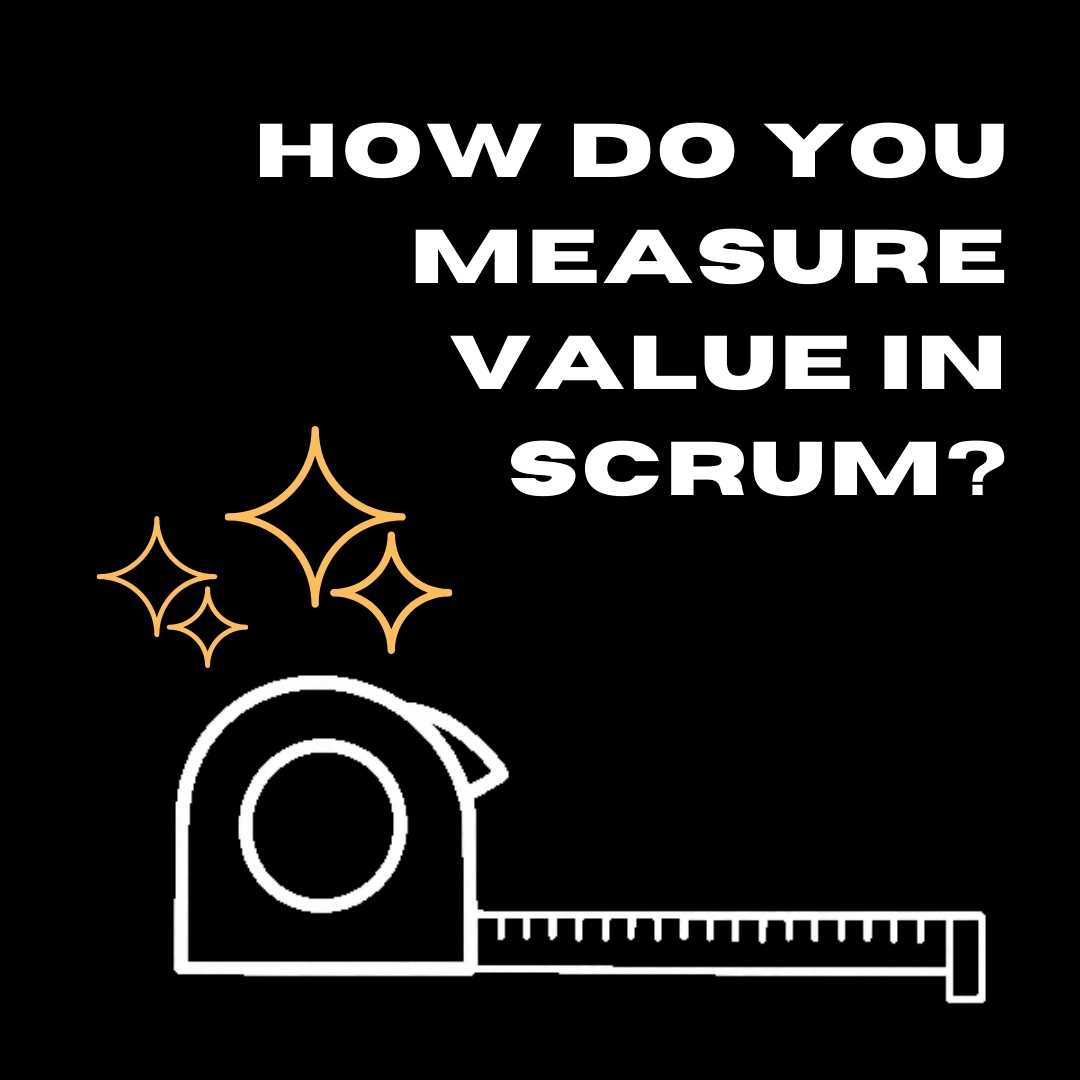 I think one of the reasons why the world is in the way it is, is because we over-indexed on a couple of meanings for that.

Organizational, from the point of view of protecting the organization’s interests, maybe protecting the reputation of the company, maybe reducing costs, things like that. That’s quite a common interpretation of value.

Then there’s market value, which is where a customer, end-user interacts with our product or service and they get something there, we see a change in behavior. They can do something more easily. They complete a task more easily.

They can do it in less, with less steps and so on. There’s less friction. It’s easier to do all these kind of things.

Plastics seem to be even more damaging than the climate crisis. What are we doing around that area? Or it could be around a risk reduction, reducing risk. Maybe we’ve got a technical mess left behind this. Maybe the product looks all nice, but it’s just hanging together by a string but a lot of people don’t know that. It could be failure demand. Maybe we delivered something and we didn’t do something right for the customer. Some piece of work went live and then the call center was just rammed with complaints and some person left the building with a major bonus having delivered on time and on budget, but we just messed up the call centers and maybe 80, 90% of our calls at the call centers are complaints.

Risk reduction could also be the cost of not doing something. If we don’t do this, then something bad might happen kind of thing. And a lot of the time we don’t know when that bad thing might happen. It’s intangible really. We can’t really say when it will happen.We know that at some point it might happen.

A kind of a more mature lens at value as well would be, say we have some learning, we learn something about one of these above and there’s value also in learning. And I would argue that learning is the first citizen. A lot of the time we don’t actually know for sure if we will deliver this value.

And so sometimes you can run some experiments to discover do we have the capability to harvest that value? And so that’s for me, what value is. I had a case where I could just put a monetary value on something and we didn’t use it. We didn’t use it because at the time we were using some app and I think we had a million downloads or something like that, of the app.

And we could really have zoned in on users of the app and get them to convert, redeem some offer, tailored or something like that. And then we’d see the money. We could literally see the sales going up as the offers were being consumed on the app, but we decided not to use sales as the measure of value because we wanted 50 million people downloading the app, 50 million people using the app.

And what’s the point in milking the 1 million people who downloaded the app already when we could actually have done something much, much bigger. Even then we didn’t use money so in fact, I never have used money. So really value is relative. It’s not exact. We don’t know what we’re gonna get.

And if you have a backlog, for example, you’ve got different items in your backlog and you think some things are more valuable than others. It’s relative. We have an idea that some things might be more available than others, but there was a famous case study by Maersk Cargo called Black Swan farming, where they discovered that some items were hundreds or thousands of times more valuable than others, but they only found out after they went live. So they talked about cost of delay and all that. But what I picked out of that paper was you actually don’t know how valuable something is until you actually go live. So maybe you need to do some small little bets.

It’s tiny little bets on each to see where the money is. So instead of going into a casino and putting all your money on the first four tables, which is what a lot of people do in MVP, minimum viable product, which would mean the crappiest product in the time. I don’t use that term anymore.

So different ways of understanding value, market value, organizational value, societal value, risk reduction, or learning, and it’s relative. But when do you reap that value?

You only reap that value when you release, when you give whatever you have to customers to give feedback. And often people draw a graph over time and they might have, a value in the vertical axis and maybe time on the horizontal axis.

And when you start with an agile piece of work even if you’re using something like scrum, where you’re going in, there’s some kind of sprint cycle and you’re trying to release some product at the end of that cycle and so on. We call it the increment and that increment gets bigger and so on.

Even if you’re doing that, in my opinion, when you start doing scrum unless you’re like a bunch of Navy seals or something where you can just click together and everything’s just perfect as soon as you start, most of the time, we just suck in the first sprint. Maybe for the first two months, we suck and there’s a change curve that people are probably familiar with as well.

When you start, you try something different, a lot of the time things get worse. You can reduce how much worse it gets. But typically gets worse, in my experience, it can take two months for the performance of the team to come back up and then you really get into a nice trajectory and you leave the other people behind. So when I start with the value I would argue that value would go up a little bit in the early sprint, but it wouldn’t be stellar. It wouldn’t be going upright, cuz we’re doing lots of learning about each other. We’re learning more about the vision and the product and what we’re trying to achieve. And if we’re having goal orientation, hopefully there’s some kind of North Star that we’re striving for at the end of every sprint kind of thing.

And going for some overall kind of North Star that we’re striving for. Hopefully we’re doing that. And then we got some goal orientation, but even with all of that in the first couple of sprints, maybe we don’t deliver as much value as we would hope. You only get value when you release and you might find out that the value is negative.

He says, yeah, they’re just putting rubbish in out, I said what happens if they notice? He says they rarely notice. And if they do, I just say, oh, sorry, that was a mistake. And then they put it back in. So he understood actually that a lot of the time we make things worse, you add more bugs and you add more, just makes it more messy and so on.

But most of us, hopefully we deliver more useful stuff as we go on. Although we do know from lots of studies, that two thirds of what we build, unless we do discover to deliver, which I wrote about here.

If we just deliver stuff like robotically from the backlog, two thirds of those items are rarely or never used.

So the man actually is probably not in a bad track, not sure I recommend it though. Probably the better way would be to use discovery, to figure out the stuff you should never build, do experiments. But let’s say the team is they’re delivering value because they, they’re releasing something, and then things get better and then they deliver more value and you can release during the sprint as well remember? You don’t have to wait until the end of the sprint. Actually, I hope what will happen is you deliver a bit of value during the sprint and then you actually have some feedback as well at the sprint review. And so we can course correct. We’re not just like relying on the opinions of the people, the stakeholders inside the building. We’re actually, we’re talking to customers. How about that? And we’re looking at the analytics, if it’s software, for example, or maybe there’s no analytics as well. If it’s non-software you can still tell how the product is doing and yes, you can run more experiments and just find out what’s going on.

You can do interviews, you can just talk to them, pick up the phone. And so with approaches like Scrum for example, the delivery of real value increases over time. Do we know exactly what it is? No, it’s relative for me. There are techniques but I don’t make up money. It’s just relative really.

Part 2 of this blog is now available.

How do you measure Value in Scrum? (Part 2)
Hope Is A Funny Thing
Become a Contributor Newsletter Signup