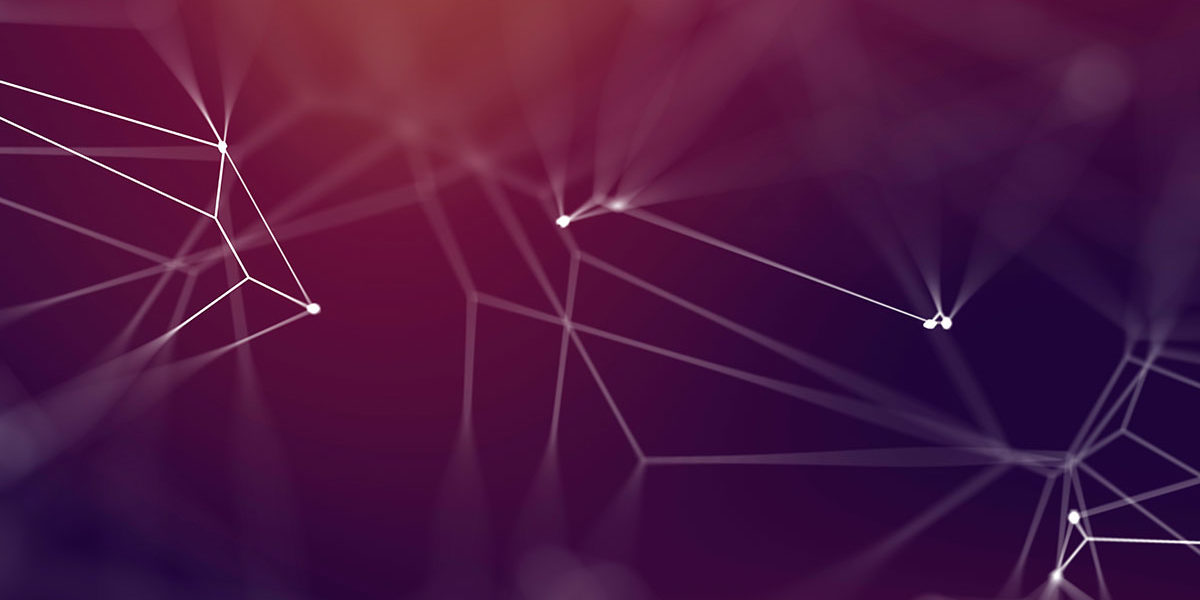 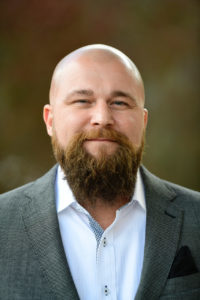 Some organizations are forging ahead with blockchain, finding in the technology new sources of efficiency and revenue, but many others have gotten stuck along the way or haven’t gotten past the research stage.

To better understand the current scenario and future outlook for blockchain in business, management consultancy PwC recently ran a Global Blockchain survey which polled over 600 business executives with technology responsibilities in 15 territories.

We caught up with PwC’s top blockchain expert, Scott Likens, New Services and Emerging Technology Leader, PwC US, to discuss some of the key findings and his recommendations.

Thinkers360: What were some of the key focus areas and hypotheses that PwC wanted to explore in terms of the blockchain survey?

Scott: “We get blockchain’s potential, but we’re not getting any ROI.” That’s something we hear a lot of. Our goal with this research was to understand what lies behind that. Which companies are doing what with blockchain? What are their goals? What’s getting them stuck? And those who are getting it right — what are they doing?

Thinkers360: Which industries and geographies were seen as leaders in the survey?

Scott: Other industries are catching up with financial services, and other countries are catching up with the US. A year ago, 82% of reported use cases came from financial services. Now it’s 46%. So more than half of the blockchain projects are coming from other industries. Industrial products and manufacturing, energy and utilities, and health care are coming on strong.

A year ago, 82% of reported use cases came from financial services. Now it’s 46%.

Right now, the US is perceived as the most advanced country, but looking ahead five years, the executives we consulted see China taking the lead. I just returned to the US last year after five years working on blockchain and other emerging technologies in Hong Kong and mainland China. The Chinese get it: blockchain is a very big deal. They also have been focused on how this fits in their artificial intelligence (AI) strategy overall, which could be very powerful.

Drivers and Barriers to Adoption

Thinkers360: What are some of the main reasons you’re seeing companies looking to blockchain?

Scott: Companies looking to blockchain typically face the same scenario: a lot of counterparties and intermediaries, all sharing and updating data and engaging in complex transactions. That’s true whether they’re following a part through a supply chain, processing insurance claims, or trading electricity. They also really, really need to trust that data and those transactions. You wouldn’t want your medical device, or airplane, or power plant to malfunction because a supplier hid data on defects, would you? So these companies spend a lot of money and time to verify information and each other.

That’s a scenario for which blockchain is tailor made. It can help make data and transactions trustworthy, even among counterparties who don’t know or trust each other. And it can do it quickly and cost-effectively.

Thinkers360: Within the typical enterprise, is this interest in blockchain coming from the business or from technology?

Scott: Just as with AI and the internet of things (IoT), we’re seeing an evolution: At first, it was tech evangelists, starry-eyed with blockchain’s potential to make business processes — whether payrolls or purchases, contract negotiations or supply chain oversight — faster, more reliable, more automated, and less expensive. Now, as the technology matures, we’re seeing more interest from the business.

That’s a good thing. When the interest comes from the business, they’ve usually got a specific pain point they want solved. If they choose one for which blockchain is suitable, they can get attractive ROI quickly. It is always important to balance the views to get the most out of a new technology like blockchain.

Thinkers360: What are the main barriers to adopting blockchain?

Scott: Our survey found that the top barriers were regulatory uncertainty, a lack of trust among users, difficulty in bringing a network together, and separate blockchains not working together. Those are all pretty straightforward (and they all have pretty straightforward solutions), but I’d like to talk a little about that second one.

Lack of trust among users may seem puzzling. After all, blockchain’s ability to create trust among users is one of its defining characteristics. But a lot of users, especially if they’re not from the technology side, aren’t sure they can trust blockchain to keep their data safe, verify data, and conduct transactions.

A lot of digital technologies need to overcome that initial trust barrier. It took some time, for example, before the Internet became such a major tool of commerce.

A lot of digital technologies need to overcome that initial trust barrier. It took some time, for example, before the Internet became such a major tool of commerce.

Thinkers360: Are these barriers items that the industry needs many years to resolve or can companies address and/or navigate around by themselves?

Scott: Companies are addressing these problems successfully, right now. 15 percent of our survey respondents already have live blockchains. Another 10% have pilots up and running. At PwC, we’ve got several blockchains up and running internally, and more for clients.

Then again, 25% with a pilot or a live blockchain isn’t a lot, especially when 84% in our survey reported some kind of active involvement with blockchain. It’s clearly possible to get blockchain right. But most companies aren’t.

Scott: It’s these four strategies, because they’re what successful blockchain projects have in common — and they overcome the top four barriers.

Make the business case. Find that pain point that blockchain can solve and show how even a small effort can lead to big results. That will help you bring that network together.

Build an industry ecosystem. You can (and usually should) start small, maybe even with a blockchain internal to your company only. But if you get your partners on board with standards and governance, blockchain’s ability to spread trust will help spread value throughout your business network — and make different blockchains interoperable.

Design deliberately. Look carefully, from day one, at how best to take advantage of blockchain’s capabilities to safeguard data and share it securely. Do that right, and users are more likely to trust blockchain. You’ll also want to design a blockchain so it can start small, but scale up.

Navigate regulatory uncertainty. Based on what’s worked for other emerging technologies with evolving regulatory frameworks, you can identify best practices today so that compliance won’t be a hassle tomorrow.

Thinkers360: How should executives think about making the business case for blockchain to the C-suite? Is there a way to ease in slowly as opposed to an all-in approach?

Scott: You identify a specific pain point in your company that blockchain can solve, identify the stakeholders who would benefit from a solution, then show how blockchain can solve it, how much it will cost, and where the funding might come from. You also need to plan out the governance, since your blockchain may eventually hold sensitive data and conduct critical transactions.

You also need to plan out the governance, since your blockchain may eventually hold sensitive data and conduct critical transactions.

And yes, you usually should ease in slowly. Let’s say that you’re a gas utility who finds it a chore to verify all the contract employees it has to bring in after a natural disaster — when time is of the essence. A blockchain-based system (combined with the IoT) can verify identities and credentials in real time, as well as track their activities on site. After starting with this specific pain point, the utility can then scale it up to cover its entire workforce.

Thinkers360: How should executives think about whether to build their own blockchain ecosystem versus joining an existing one – and if they join an existing ecosystem, how should they make their selection?

Scott: Building your own usually gives you ownership over the intellectual property and more influence over services, the division of costs and benefits, and data and governance standards. Joining an existing blockchain ecosystem (often in the form of a consortium) means less work and spending for you alone. The right answer depends on the business case for blockchain in your company, how big your company is, and how advanced others already are.

The most successful ecosystems usually start small, with members who all would benefit in clear ways from the blockchain, and who can later influence others to join. Even better is when members have a tradition of collaborating on standards. Blockchain consortia in financial services, pharmaceuticals, and food safety offer examples of that.

Determining the Rules of Engagement

Thinkers360: It seems that a blockchain ecosystem can function in any way the platform “operator” decides to craft the business rules. Should companies aim to write or influence these rules or simply look for rules which will support their business objectives?

Scott: What’s critical here is to look at what data you’ll enter on this blockchain and who else will be on it, potentially seeing this data or adding to it. Once you understand your data needs, you can determine which rules will protect your data. When you know the rules you require, you can decide whether to create your own blockchain, which gives you total liberty to decide the rules, or whether a more collaborative effort can provide the necessary protection.

Thinkers360: With regulatory uncertainty the biggest barrier to blockchain adoption at 48% (i.e. cited as one of the top 3 barriers by 48% of respondents to your survey), how should executives make the business case for a sizeable investment with so many unknowns?

Scott: With any new technology that promises to transform the business world, you can’t wait until the regulatory system has stopped evolving. You could argue that regulators still haven’t fully figured out how to regulate e-commerce. That hasn’t stopped it from becoming a trillion-dollar plus market.

You could argue that regulators still haven’t fully figured out how to regulate e-commerce. That hasn’t stopped it from becoming a trillion-dollar plus market.

So what you do is plan for regulatory unknowns. Shape the discussion, by engaging with regulators and industry groups. Use existing regulations, especially for other digital technologies that handle data, as a guide to the likely future for blockchain. Then monitor how the regulations are evolving, in all the jurisdictions in which you operate, keeping an eye on rules for data use and privacy as well as rules for blockchain itself.

Thinkers360: How can executives invest in blockchain wisely so that their projects can react to regulatory change with the least amount of rework or recoding? Is this where smart contracts come in?

Scott: To avoid costly rework, design the blockchain to be agile. Build in checkpoints, both for when the blockchain is in development and when it’s live, so that you identify changes quickly and adapt as needed.

But smart contracts are for far more than regulatory compliance. By potentially automating large parts of many business processes, whether it’s payroll processing or maintenance schedules, they extend blockchain’s reach.

Thinkers360: If there was one secret to success for blockchain strategy and implementation that you discovered from the research, what would that be?

Scott: Don’t start with blockchain. Start with a business problem, preferably one that you can solve in bite-sized pieces. When you’ve got an issue that is critical for the business, and which blockchain can solve quickly and cost-effectively, odds are good that your project will succeed.

The blockchain technology is mature. You just have to use it for the right purpose and build it the right way.

Individuals: Showcase your thought leadership profile and portfolio, build your media kit, and participate in our global leaderboards and opportunity marketplace. Connect and work with global brands as an author, influencer, speaker and more: Sign-Up (free) | Newsletter

Want to discover and work with authors, influencers and speakers (including access to our unique thought leader reports and analytics and our zero-transaction fee speaker bureau)? Contact us at info@www.thinkers360.com