Digital Skills Development Should Not Forget The “Bottom Of The Pyramid” 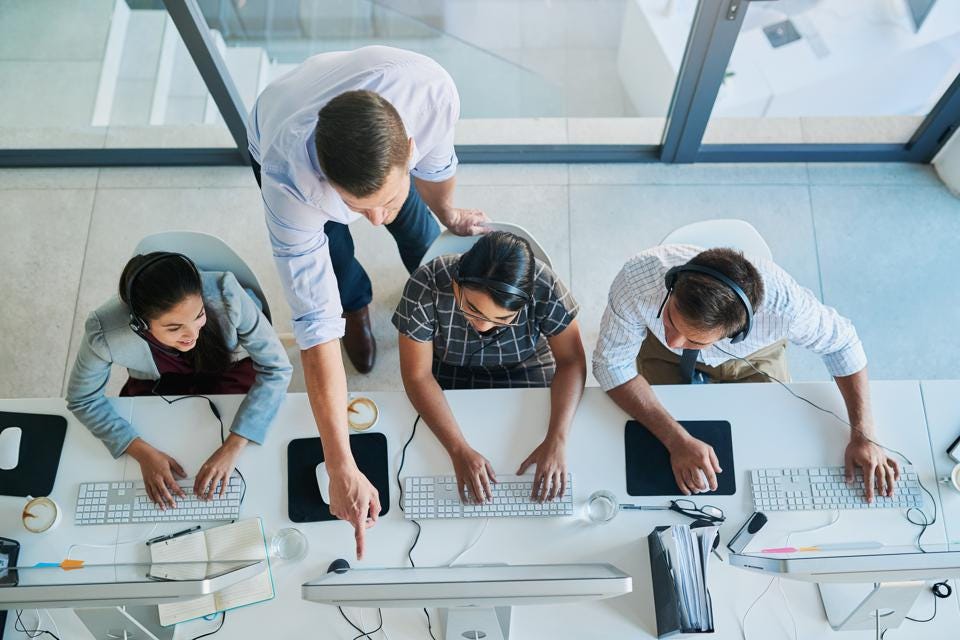 The recent INNOVEIT conference in Brussels saw the launch of the Deep Tech Talent Initiative by the European Institute of Innovation and Technology (EIT). The project has ambitious aims to improve the deep tech skills of over a million people across Europe. EIT believes that the sector, which is characterized by tech that is heavily based upon the latest engineering and scientific innovations, is what will drive prosperity across the continent in the years to come.

“Fostering, attracting, and retaining deep tech talents is crucial to enable the green and digital transitions and harness a new wave of innovation in line with the New European Innovation Agenda,” said Mariya Gabriel, European Commissioner for Innovation, Research, Culture, Education and Youth at the launch.

This focus on more advanced skills is something the EU has form with, as the Deep Tech Talent Initiative builds on the “Digital Decade”, which looks at things such as governance and skills to drive digital success across Europe. The skills part of the initiative, which was launched last year, aims to develop 20 million more ICT specialists to cover the well-documented shortages in areas such as data science, cybersecurity, and AI.

The bottom of the pyramid

What is interesting about the project, however, is that it also aims to improve basic digital skills for 80% of the population. At the time of the project's launch, it was estimated that 54% of the adult population of the EU had at least basic overall digital skills, so the size of the challenge was evident.

The benefits of doing this were underlined by recent economic modelling produced by Cisco and the Centre for Economic and Business Research (CEBR), which examined how digital improvements could help the kinds of communities that had traditionally not benefited from trends like digitisation and globalisation. Central to their argument was that improving basic digital skills would improve the employment prospects of around 1.7 million people across the UK, while also adding over £45 billion to the British economy.

What’s more, the models suggest that over 80% of these benefits would accrue outside of London, which is particularly significant given the government’s stated pledge to enhance economic opportunities outside of not only the capital but also major cities and research centres, such as Oxford and Cambridge.

This has been all too evident in research we’ve conducted in deprived communities across England and France, which showed that seemingly basic digital skills were vital for members of these communities to access not only the training they need to re-enter the workforce but also to access job opportunities.

The CEBR researchers break skills down into three buckets that form what they refer to as “Essential Digital Skills (EDS)”. The three levels are EDS foundational skills (being able to access the internet), EDS for life (being able to transact, purchase, and engage online), and EDS for work (being able to use basic business digital apps).

As we found in our research, these skills are vital to enable people to participate in what is an increasingly digital economy. It’s less about being the ones that drive the digital economy forward but basic digital skills are increasingly required to even have a seat at the table. The CEBR researchers found that even improving skills at the foundational and EDS for life levels was enough to provide a £14 billion boost to the UK economy over the next eight years.

“The single biggest lever we have to boost productivity and earning power in the UK today is how we build on the digital skills of the nation. As the data shows, a more inclusive approach to the use of technology, recruitment, and development of talent from all corners of the UK creates an opportunity for the economy as a whole,” says David Meads, Chief Executive, Cisco UK & Ireland, who commissioned the research. “We must consider how we address not only the digital skills gap, but the varying level of skills required in today’s society so that everyone can benefit from the many educational, professional, and financial opportunities a more digital society can offer.”

These benefits are possible in large part because they’re available to sectors of the economy that are not traditionally at the vanguard of digital innovation. The CEBR researchers themselves focused particularly on hospitality, retail, transportation, construction, and utilities, each of which was among the worst performers in the Data Literacy Index produced by Qlik.

Not only are these sectors digital laggards, and therefore have considerable potential for improvement, but they’re also significant employers, and therefore offer the possibility to impact a large number of people. Collectively the CEBR researchers believe supporting these sectors, and the people within them, could produce around £132 billion in productivity improvements across the UK economy by 2030, while also working significantly towards the government’s “levelling up” agenda that aims to spread economic prosperity more widely across the country.

These substantial gains are evidence that while the glamorous end of tech grabs a lot of attention, there is an inherent hope that this focus on those at the leading edge will somehow trickle down the benefits to the rest of society. The CEBR model reminds us that there are also considerable benefits to focusing on seemingly basic skills in order to give those at the bottom a direct push. At a time of growing inequalities across Europe, this is perhaps a lesson we need to remind ourselves of.

This article was co-written with Professor Zografia Bika