The Moonshot and the Lighthouse: Rethinking COVID Recovery Strategies 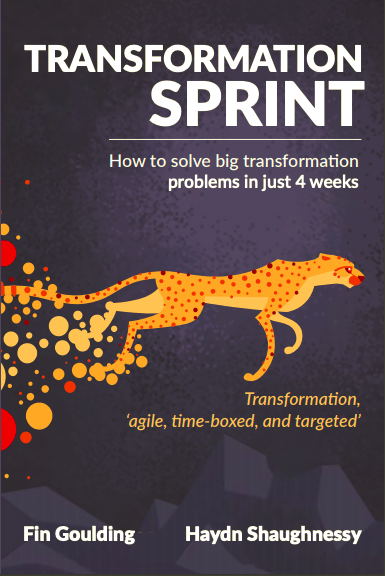 Ambitious goals remain part of the landscape of business, but big projects have given way to agile adaptability. In place of moonshots we should be talking about a lighthouse, a project to show the way.

As medical challenges give way to economic ones, understanding why moonshots don’t work and lighthouses do, could make the difference between a strong participatory recovery and a long recession where Governments flounder around for answers.

Just to recap for anyone who missed it. The UK Government has proposed a £100 billion moonshot project to radically reduce the country’s COVID disease exposure.

Moonshots became popular when Google began using the term for its out of the box research projects around 2010 (they brand them as X projects and even “the Moonshot factory”).

Inspired by John F. Kennedy’s 1963 assertion that the US would fly to the moon (because it was difficult!), Google and parent Alphabet have sponsored projects to support Ocean diversity, grow more plants in ways that are better for the panet, and self-driving cars,

The End of R&D

Their moonshot mindset is to tackle long-term, technically challenging and maybe even impossible tasks. Dressed as a moonshot of course it doesn’t sound like any ordinary R&D but that’s what it is, deep R&D of the sort that gave us advances like AMOLED displays (a dream from the 1930s) or rocket propulsion. Nonetheless, it is R&D of a kind that doesn’t often appear on the balance sheets of many digital companies.

A 2019 paper by a group of academics from Duke University and the University of East Anglia pointed out that the tradition of fundamental research from large corporates has been in decline since digital began defining innovation methods. Companies now prefer to rely on ecosystems of startups and ideation programs.

We shouldn’t hold out much hope that the corporate world would even know how to develop a post-COVID agenda for society.

So against that background, even an opportunistic approach to COVID has some merit. But big challenges today often need a much different approach.

A few bits of data set the context: At least 75% of big enterprise change projects fail to meet expectations (there are studies that put the figure closer to 90%). Big platform projects, a vogue in industry right now, fail 80% of the time. Anything big stands at least a 75% change of failing.

London’s Cross Project is due to cost about £3.25 billion more than originally projected. The three year delay may end up being four and according to the FT the extra cost adds up to £30 million week. But that’s the way with big projects. HS2, coincidentally another rail project, will overrun by at least £18 billion.

The data shows that big projects leading to massive failure is the norm. For that and many other reasons, business practitioners have been trying to dump the big project mindset now for two decades.

Success has been patchy here too. There is an “agile” movement out there. New tools in software development offer IT departments, notoriously vulnerable to cost and schedule overruns, a number of advances: a lot of automation to cut the people factor down, smaller packages of work so that managers can keep better control, more focus on the benefits of the project rather than following the plan for its own sake. But those big project failure rates have not come down by much.

In a situation such as COVID 19, there are already enough Moonshots in play; developing a vaccine within 12-18 months is a big moonshot. Conversely, track and trace in Ireland succeeded off the back of a low cost local app, showing there is a place for small and effective too.

If a Moonshot is needed, it is more in the area of economic transformation. Once we accept that the western economy will lie crippled through 2021 as it has through 2020, then we need to a) understand the permanent changes to economic life that COVID has probably already made inevitable and b) whose lives can be rebuilt and c) how.

But here too, small and effective could be the right answer. In our experience the problem with large projects is that they seem incapable of escaping traditional project design tools and governance. So much goes into planning them and setting up the rulebook that governance and the plan become bigger goals than actual value.

The role of the Lighthouse Project

In our work we developed the idea of a lighthouse project as a way of getting to big project outcomes through small, relevant and valuable steps.

A lighthouse project has five different objectives: it should address a structural problem; it should be designed to deliver value early and regularly; it embraces new ways to work and uses those methods to do the design; it creates a learning environment; and through that it ensures even the small steps are the right steps. We design them in four weeks not four months of a year.

An important distinction for the Post COVID economy is that the lighthouse can be small enough to be inclusive.

Step 1 is to gather perspectives on what needs to change or what needs to be done rather than rely on one version of the truth. And while steps 2 and 3 are all about documenting key issues, by step four we are outlining a project that will take a problem out of the big project environment to a scaled down, derisked, do-able task list where value will be delivered in weeks.

The dust that settles on the medical emergency of 2020, will cover most of the UK economy. We will face the need for a structural transformation. The lack of commuters will have hollowed out our cities; our towns may prosper but who knows for sure. Any business associated with people gathering together will downsize.

Conclusions for the Post-COVID economy

A good portion of people will look at their lives and feel the equivalent of shell shock. The wealth they hoped to create and the dreams they could reasonably aspire to will be in pieces. We will have to prioritise the fight against loneliness and disillusionment.

But on the upside, many great businesses start in times of adversity. The challenge is going to be how oily makers at local, town, city and national level create agendas for change and how entrepreneurs can identify and target emerging new needs.

That needs the lighthouse rather than the moonshot. We need projects that show us how to change, what steps to take and how to begin creating new value are small, inclusive, participatory and designed in new ways.