Flattening the Curve of a Risky Future 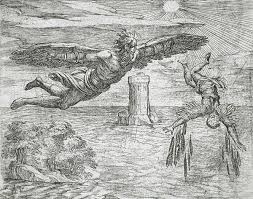 Today, in the midst of round one of the COVID-19 pandemic, I received an email from Delta Airlines sharing their efforts to make travel safe and normal. What will normal be post-pandemic? Will society be comfortable going right back to flying all over the world again? The thought of spending time in crowded airports, attending conferences with tens of thousands of people in one room, sitting in tightly packed business meetings and sitting elbow to elbow with coughing strangers on planes fills me with anxiety. I don't think I am the same person that I once was. I suspect most of us aren't.

As the pandemic and resulting economic anxieties extend further into the calendar and deeper into our mutual psyches, our habits will be altered - some temporarily, others permanent. Just as our grandparents (and great-grandparents) before them developed a propensity to save and to be financially conservative as a result of experiencing the Great Depression during their formative years, we also will be known for the changes about to take place in us. This pandemic will alter the curve of our future.

We have now all borne witness to the results of our societal decisions or lack thereof, and experienced the consequences. I am reminded of a popular Greek myth of Daedalus and his son Icarus. They were imprisoned in a tower by the King of Crete. Being a great craftsman, Daedalus devised two pairs of wings using wooden frames, wax and feathers to escape and fly away. Daedalus warned his son Icarus that flying too near the sun would cause the wax to melt and the wings would fail. Icarus jumped from the tower, escaped and his wings allowed him to soar high over the ocean.

It was not long, however, before Icarus forgot all about his father's warnings. Soon he was flying higher and higher. The warm sun quickly melted the wax, the feathers came loose and Icarus plunged to his death in the sea. I think today we may have flown too close to the sun.

In 2015, Bill Gates, gave a Ted Talk titled "The Next Outbreak? We're Not Ready." It accurately described what would happen if a pandemic similar to COVID-19 occurred. He precisely warned of the impact and what the world needed to do to prepare for it. Bill Gates was our Daedalus, and like Icarus we were captivated by the joys and excitement of flying high and far. The question for us all now is - what next? What will we do differently? How will our future be reshaped?

FROM “A SOFTWARE AS A SERVICE” TO “A CONVERSATION AS A PLATFORM”.
What Does Augmented Analytics Mean for Procurement?
Become a Contributor Newsletter Signup