Even the board game Monopoly is going digital! How about you?

Hasbro has recently introduced a version of Monopoly that eliminates cash by using a little ATM, with a scanner and barcodes on the cards and board. If a player wants to buy a property they’ve landed on, they just need to scan their credit card, and then the Title Deed, and the price will be automatically deducted from their available funds. It works the same way if another player lands on a property with a house or hotel on it. By scanning both credit cards and the property card, funds can be quickly transferred between players to pay the rent.

This new edition (ominously called Ultimate Banking Edition) reflects that for the target player (“ages 8 and up”, according to the box) handling cash is becoming increasingly rare.

Touch-less payments are very common. When I hand my taxi guy a couple of rumpled twenties it already feels vaguely criminal. When I make trips to non Euro countries such as Sweden or Denmark I don’t even think about getting any cash, and only have a vague idea of the Exchange Rate.

But, in the American Rental sector, things haven’t changed much since Monopoly was first introduced, in the 1930s. 70% of renters pay by cheque. It’s unlikely that rent at Boardwalk is still $400, but it is more than likely that the current residents are reaching for a chequebook once a month.

In the game, the worst Chance card is the one that forces you to pay housing repairs. In the real world these are B2B invoices, and 77% of the worlds invoices are still on paper. This means that reconciling those invoices for repairs such as decorating and cleaning will be a cumbersome process.

Get Out of Jail. The problem for Businesses today is that their IT systems are pretty much a jail: no communication with the outside world. Your suppliers, customers and other stakeholders can’t really communicate in the real-time, digital, Hi-Fidelity way that today’s economy requires. You don’t want to be languishing in the corner, hoping to roll a double, while your competitors cruise past on the “Just Visiting” lane, picking up all the best assets.

If you are a Monopoly fan, then you can just buy this Banking Edition, and all of the renters will magically be ready to receive rent notices electronically and render payment digitally. In the real world of B2B, life is a bit more complex than that. Rather than the 6 players in the game, you will have 1000s of connections to make. To Advance to Go, you need to join a Business Network.

Cassandra: Cursed with ability to predict but the inability to effect change
Who is the Steward of the Intangibles in your Company?
Become a Contributor Newsletter Signup 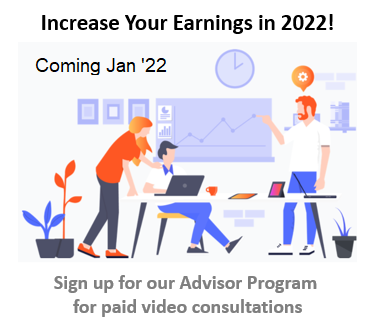