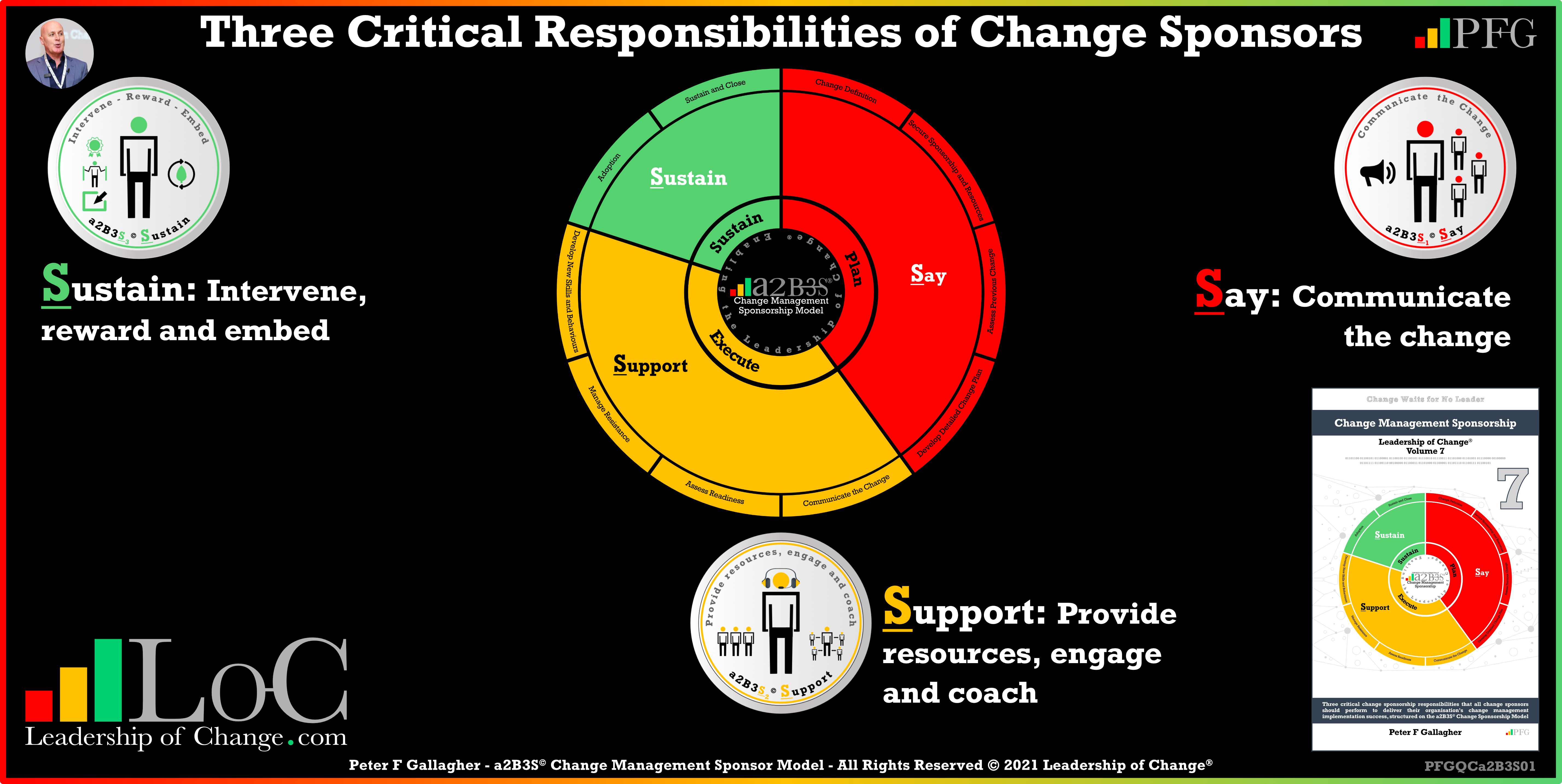 "Sponsorship is the single most important factor in change success"

Very few leaders understand why sponsorship is so important, who the sponsor should be or what the main responsibilities include. It is important because without a proactive and effective change sponsor, most change programmes or initiatives will fail achieve the targeted objectives. The leaders of organisations typically associate the role and traits of a change sponsor with those of a change leader. However, while these leadership traits are important foundations, the role of the sponsor goes beyond the role of a change leader.  There are three critical sponsorship responsibilities to successfully implement change:

The three critical sponsorship responsibilities to successfully implement change are:

“Without effective and proactive sponsorship the change project will eventually fail, the change will not be adopted by the employees nor be sustained, and it will not deliver the intended benefits”

“We enable the Leadership of Change®”