Recognized as a world leading expert, Helen has been working with Augmented Reality (AR) for nearly 15 years as a designer, researcher, consultant, and technology evangelist.

Helen is a proud invited member of the Global Future Council on Virtual and Augmented Reality, a brain trust serving the World Economic Forum.

She is the author of “Augmented Human: How Technology Is Shaping The New Reality” published by O’Reilly Media (2017). “Augmented Human” is currently available in 5 languages (English, Korean, Russian, Chinese traditional script, and Chinese simplified), and it was the first title in the VR Book Club where 100 participants from 6 continents met in Virtual Reality to discuss the book weekly. “Augmented Human” is an inspirational and trusted resource around the world, included on syllabi at prestigious institutions like MIT.

Helen is also the host and creator of the wildly popular interactive social media game “Real or AR” launched in 2018 and played with audiences around the globe.

A top requested professional keynote speaker represented by The Lavin Agency, Helen shows audiences the fantastical future of AR, framing it within the needs of a diverse range of industries and objectives. Her SXSW 2019 sold out opening talk on Augmented Reality was the #1 requested presentation with 3200 people vying for 300 seats.

Helen was named among the NEXT 100 Top Influencers of the Digital Media Industry and as an influential pioneer shaping the next wave of computing. She has presented her interactive work and research at global conferences and invited events including 2 TEDx talks (Technology, Entertainment, Design); annual juried papers and demos at ISMAR (International Society for Mixed and Augmented Reality); multiple keynotes and art installations at AWE (Augmented World Expo); a juried presentation at ISEA (International Symposium for Electronic Art); and a solo exhibition at the Ontario Science Centre. Her TEDx talk was featured among the Top 10 talks on Augmented Reality and Gamified Life.

As a council member, I work with other leading experts to develop new insights and innovative ideas to inform decision-makers around the world. We develop recommendations and integrate our findings into World Economic Forum activities such as the Annual Meeting in Davos-Klosters and regional and industry events, as well as global decision-making processes.

2 Books
Augmented Human
O'Reilly Media
October 01, 2017
Augmented Reality (AR) blurs the boundary between the physical and digital worlds. In AR’s current exploration phase, innovators are beginning to create compelling and contextually rich applications that enhance a user’s everyday experiences. In this book, Dr. Helen Papagiannis — a world-leading expert in the field — introduces you to AR: how it’s evolving, where the opportunities are, and where it’s headed.

If you’re a designer, developer, entrepreneur, student, educator, business leader, artist, or simply curious about AR’s possibilities, this insightful guide explains how you can become involved with this exciting, fast-moving technology.

Augmented Human: How Technology Is Shaping the New Reality
Amazon
August 31, 2017
Augmented Reality (AR) blurs the boundary between the physical and digital worlds. In AR’s current exploration phase, innovators are beginning to create compelling and contextually rich applications that enhance a user’s everyday experiences. In this book, Dr. Helen Papagiannis—a world-leading expert in the field—introduces you to AR: how it’s evolving, where the opportunities are, and where it’s headed.

In this truly cutting-edge talk, Dr. Helen Papagiannis helps us understand the significance of augmented reality (AR), and how it is being organically integrated into our everyday lives. What opportunities does AR present for business and learning? How can we contribute to and help define this new technological era? And how will it forever change the way we live, work, and play? 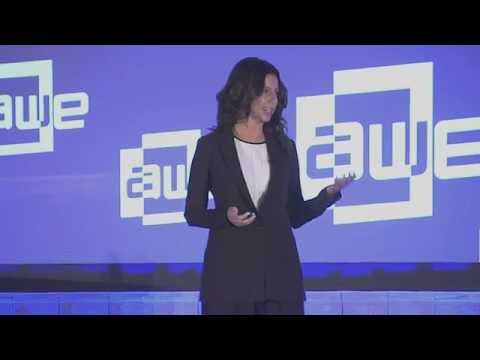 Advancing AR for Humanity at AWE 2015
youtube
June 06, 2015
AWE 2015 featured over 200 companies leading the charge in augmented and virtual reality, wearable tech and the internet of things. Nearly 3,000 tech professionals engaged in over 20+ workshops, 170+ AWE-inspiring talks, 200+ interactive demos including a VR experience powered by UploadVR. AWE is about giving superpowers to the people and making them better at anything they do in work and life.

Designing the Future of Augmented Reality
Pechakucha
February 24, 2015
Augmented Reality (AR) is typically defined as a layering of digital information over the physical world as experienced through a smartphone, tablet, or digital eyewear. AR is quickly advancing into a new phase of contextually rich personalized experiences that combine sensors, wearable computing, big data, machine-learning, and artificial intelligence. This second wave of AR will surpass novelty and extend our human capacities to better understand and experience our world in new meaningful ways. AR is no longer about technology, it’s about living in the real world and creating meaningful experiences that are human-centred. How do we want to live in and with AR, and how will it shape our lives? 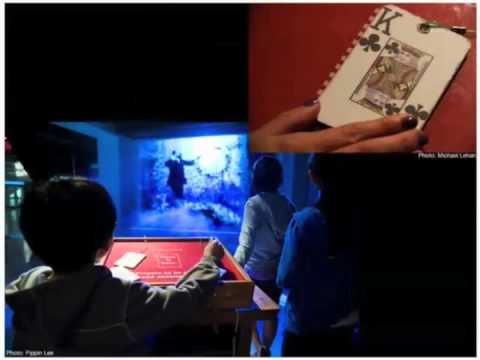 How Does Wonderment Guide the Creative Process?
YouTube
July 01, 2010
What happens when technology breaks or behaves in unexpected ways? Why is this important to embrace? Papagiannis will speak to her PhD research in interactive art installations in Mixed Reality and Augmented Reality.